The influence of waste management on rabies control efforts. 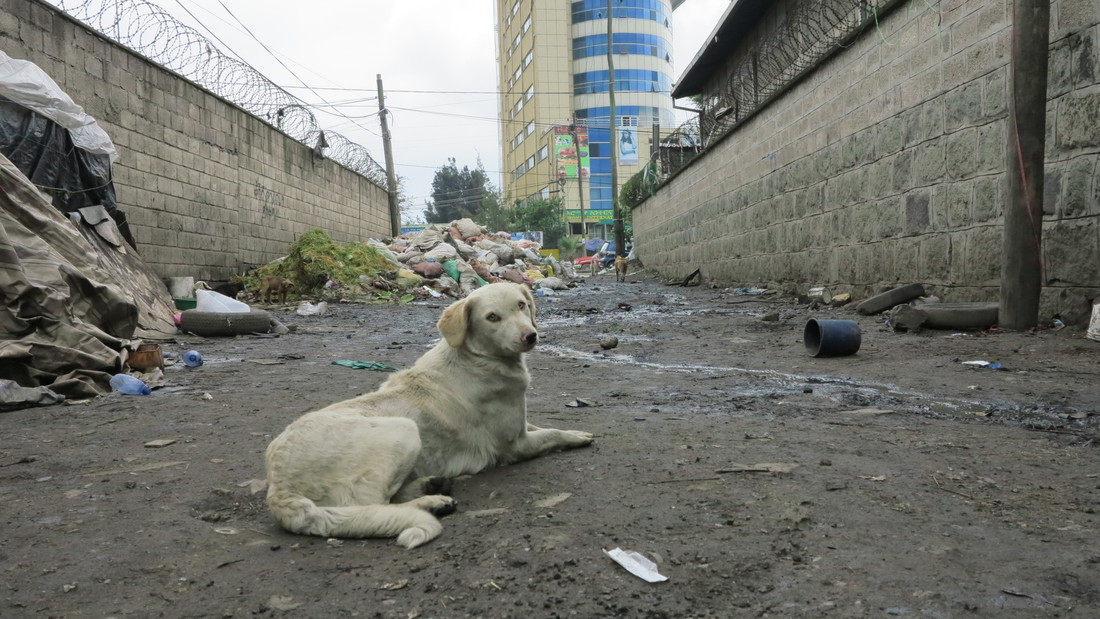 As most of our readers will know dog rabies is endemic in most developing countries across the world. Out of the estimated global population of domestic dogs (687 million), 78% (536 million) are living in 122 dog rabies endemic countries, where they are responsible for the vast majority of human rabies cases.

Dogs in developing countries are most often not the pampered pets we see on television shows and movies. Often, even though these animals belong to a specific person or family, they are allowed to roam freely within the community, and serve a range of purposes such as for hunting or for security. Other dogs are “owned” by the community where several individuals all contribute toward the animal’s care. The problem is that very often these free-roaming dogs may not have access to enough food, water, and shelter, thus encouraging them to roam. Furthermore, they are typically not sterilized, thereby allowing dogs to breed freely. These factors can lead to conflict with the community through a range of issues such as biting, soiling of the area, and motor vehicle accidents. In addition, the continuous breeding of free-roaming dogs makes it difficult to reach and maintain the 70% vaccination coverage required to control and eliminate rabies.

Fast growing dog populations are strongly linked to urbanization, the associated increase in solid waste production, and the mismanagement of waste disposal - particularly as it relates to access to garbage as a source of food. Making matters worse, the United Nations estimated that the global urban dwelling population would reach up to 68% of the global population by 2050. Generally, rapid immigration to urban areas with the hope of better job opportunities and consequently increased quality of life has globally escalated the number of people residing in slum areas and in temporary/makeshift homes. This immigration and urbanization contribute significantly to the accumulation of waste and waste management problems. Rapidly growing countries (e.g. India and Bangladesh) hold higher risks of rabies because of increasing urbanization, urban slums, and populations of unvaccinated street dogs living in close proximity to poorly managed garbage disposal sites. Proper management of waste in the streets and at these disposal sites is essential as part of a holistic strategy to minimize free-roaming dog populations as an animal welfare consideration and in support of rabies control. In evidence, a study in ten Indian metropolitan cities showed a strong correlation between the size of the city’s population, municipal solid waste produced, and dog bites in the particular year; moreover, significant statistical correlation was observed between yearly dog bites and per capita waste generation.

While the management of municipal solid waste is not the primary means to eliminate rabies (dog vaccination is still the best means to eliminate the disease), evidence suggests that municipal solid waste does play a significant role in rabies control efforts. For example, the direct increase in rabies transmission and risk for inhabitants of slum areas residing close to landfill sites has been documented. Improved waste management will also reduce the risk of other zoonotic diseases such as human cystic echinococcosis disease. Waste management, as part of humane dog population management, should therefore be part of dog rabies control programs, and this factor is, in our opinion, often neglected.

To effectively control canine rabies, several interventions like strategic and well-planned mass dog vaccinations, dog population management, and strict legislation along with community-level awareness are necessary. However, present rabies control programs often do not fully appreciate and therefore neglect the role of good waste management in the control of dog populations. Efforts of community engagement can include waste management strategies to reduce the human–dog conflict.

From a welfare perspective, waste management with regard to dogs that are truly dependent on these wastes for survival must be approached carefully. Simply restricting access to the waste immediately, thereby reducing the food sources, without providing alternative food sources (i.e. community feeding stations in areas where dogs are more tolerated) can fuel human–animal conflict due to heightened aggression of hungry dogs searching for food. This in turn will also increase the opportunities for rabies transmission if bite incidences increase. These scenarios highlight the complexities involved in humane dog population management. Nevertheless, humane dog population management (and municipal solid waste management as part thereof) should be recognized as a key long-term issue to be addressed in support of large scale vaccination aimed at effectively breaking rabies transmission in at-risk rabies endemic dog populations.

This summary is based on a recent GARC publication. You can read the full peer-reviewed scientific publication here.