The first PARACON meeting took place in Gauteng, South Africa in 9-11 June 2015. The meeting was executed in the form of an intensive 3 day workshop and delegates from 33 African countries attended as official representatives for their countries. These participants represented either the veterinary or medical sectors of their countries where they are regarded as key rabies focal points, actively involved in matters such as rabies diagnosis, surveillance, epidemiology and control. With exceptional buy-in from all the participating African countries, and support from the PRP, PARACON was thus established as the future regional coordinating network for Africa. 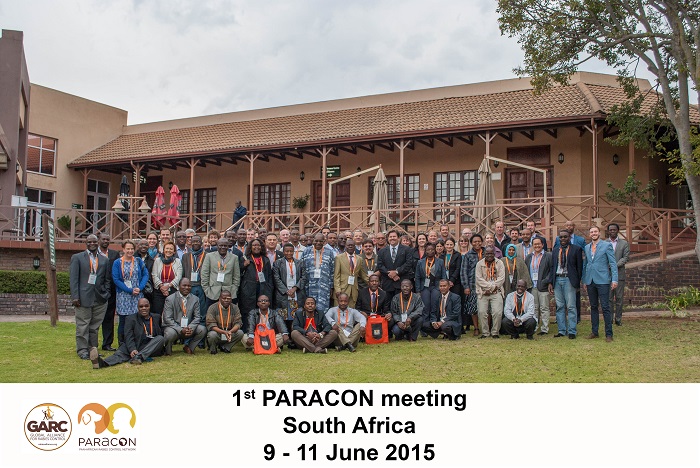 Built around plenary sessions, the inaugural PARACON meeting took the form of several workshops, with a specific emphasis on topic-specific focus groups and discussion on the Blueprint for Rabies Control, Stepwise Approach to Rabies Elimination (SARE) Framework, new Educational tools (e.g. Rabies Educator Certificate) and World Rabies Day. The different sessions of the meetings can be summarized as follows.

The opening address (Prof LH Nel, University of Pretoria and GARC) highlighted rabies as a disease of poverty, but also presented contemporary evidence from health economic research that strongly argues the cost benefits of rabies prevention and elimination across the world and including the poorest of countries.

The need for a coordinated approach towards rabies control and elimination across the African continent was discussed, at the hand of several examples in the history of dog rabies in the world. Emphasis was placed on the importance of country reports, building the evidence base through effective surveillance and persistent stepwise progress.

The motto for PARACON 1 was derived from an old African proverb:

In this session, the global commitment to humane rabies control to benefit human health, was re-emphasised. It was highlighted that countries should be aiming for better cared for, longer living, vaccinated dogs in order to break the rabies transmission cycle.  Various examples reiterated that rabies is a disease linked to poverty, but global partners are working on ways to use regional data to create powerful regional and global messages.

Delegates were introduced to the Canine Rabies Blueprint as well as the Rabies Surveillance Blueprint. The ensuing discussions highlighted some of the important components of rabies control and it was demonstrated how the Rabies Blueprint provides guidance on all aspects of canine rabies and surveillance. Delegates also had the opportunity to explore the Blueprint online – for some delegates it was their first exposure to the Blueprint. Examples of case studies where the Blueprint has been influential confirmed that rabies should become a priority disease - not remain a neglected disease. Several examples also underlined that regional and international cooperation can enhance diagnostic capacity and control efforts. Once again the importance of data availability was emphasised. This showed the need to manage rabies and measure impact of control efforts to justify budgets for further programmes.

Examples of significant recent progress across Africa (from Western, Central, Southern and Eastern Africa) were presented and discussed. Some of the main messages across all programmes included: 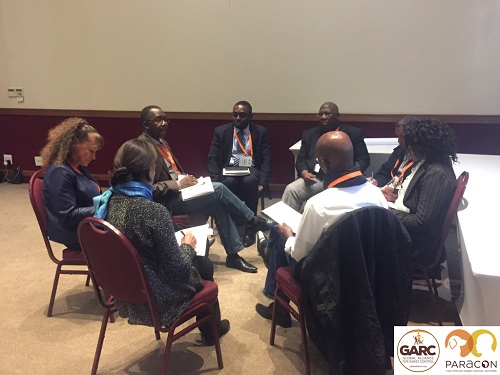 The Stepwise Approach towards Rabies Elimination workshop enabled country representatives to assess previous efforts with regards to rabies control and elimination within their country. A workshop and interactive SARE outputs worksheet highlighted the specific areas that need to be addressed within each African country, and also provided tangible markers in order to perform self-assessments of the progress towards rabies control and elimination. The SARE will be re-visited at the next meeting in order to determine what progress has been made in each country and to consider the next steps. This workshop was well received and detailed outputs from the working sessions are considered valuable documentation of the status quo across the different nations represented at PARACON. 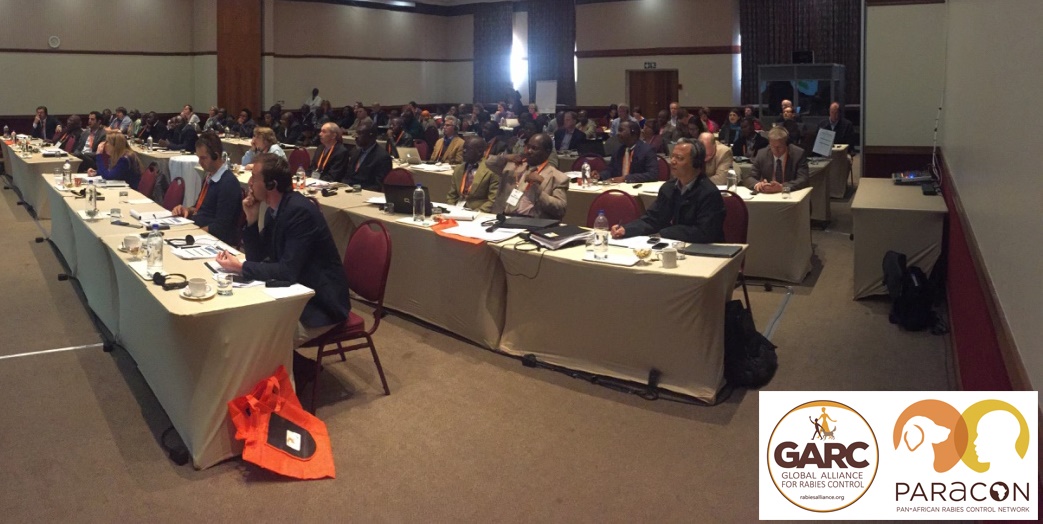 A clear demand was revealed for educational tools structured for various applications and resources available from multiple partners to support educational endeavors were discussed. As these tools assist in getting the right message to right people, education and public awareness was a prominent theme throughout the meeting. Among others, the Rabies Educator Certificate (REC) was showcased. Following on the demonstrated success of the REC, additional new online courses are being developed and implemented. The GARC education platform promises to continue to grow with several exciting and useful new courses to come. The launch of the  “Want a friend, be a friend” educational booklet targeted at young children at the meeting was met with prominent interest for use in a variety of African countries as well as the offer of aid in translating it into several different languages.

New proposals for technological advances towards enhanced surveillance and data capture were also presented, and it is evident that such new tools are likely to make significant contributions towards better rabies control efforts in the near future.

The value of WRD was discussed and various ideas for WRD campaigns that may impact on local and governmental levels were generated. Delegates were encouraged to register their World Rabies Day events on the GARC World Rabies Day website.

1. Consider rabies to be a neglected disease that should be prioritised.
2. Consider rabies control a public good and a social responsibility.
3. Consider that rabies is an obvious fit for the multi-sectoral One Health approach.
4. Declare that the tools, methods and evidence base for the elimination of canine rabies exists.
5.  Consider the vaccination of dogs as the priority activity towards the elimination of canine rabies.
6. Aspire to a canine-mediated human rabies elimination target of 2030 in Africa, in line with the Sustainable Development Goals.
7. Consider the Canine Rabies Blueprint/SARE as useful tools in the development of national rabies control and elimination plans, with the intention to measure progress along the different stages towards elimination.
8. Consider World Rabies Day (September 28th) an opportunity for rabies advocacy on all levels concerned - community, provincial, national, regional, and beyond.
9. Declare key messages that advocate the benefit of rabies control and elimination at the source level (dogs) vs. cost of rabies through PEP, loss of life and burden on society.

For more information about PARACON, please visit the website at the following address: https://paracon.rabiesalliance.org

The meeting resolutions, as well as other important information from the meeting can be found at: https://paracon.rabiesalliance.org/meetings/archived/paracon-archives