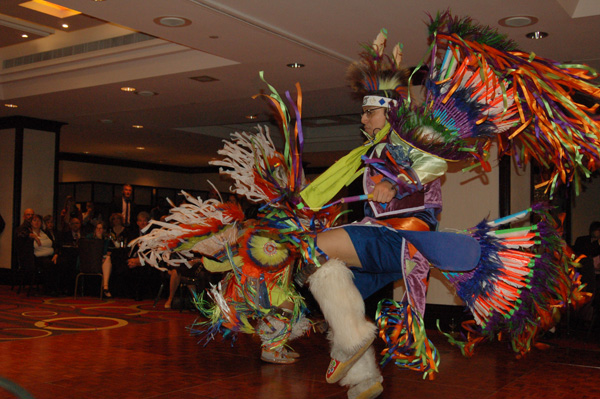 The annual Rabies in the Americas (RITA) meeting was held October 27 to 31st in Toronto Canada, with a theme of rabies in a changing world. In keeping with this, it combined contemporary rabies research with first nation cultural performances for everyone’s enjoyment. Several talks highlighted changes affecting rabies control, from political and policy related to those driven by climate change.

Luis Escobar, of the Universidad Andres Bello, Chile received the George Baer Award for a young investigator from Latin American and presented on his research into geographical and ecological characteristics of bat rabies lineages.

The first GARC young investigator award was given to Jessy Joseph (pictured), a student at the University College of Medical Sciences at Delhi University, India, who presented her analysis of the reasons for delay in patients receiving PEP.

There were several keynote addresses, including one by Deborah Briggs on the social and cultural aspects of rabies control, drawing on her many experiences with GARC projects. 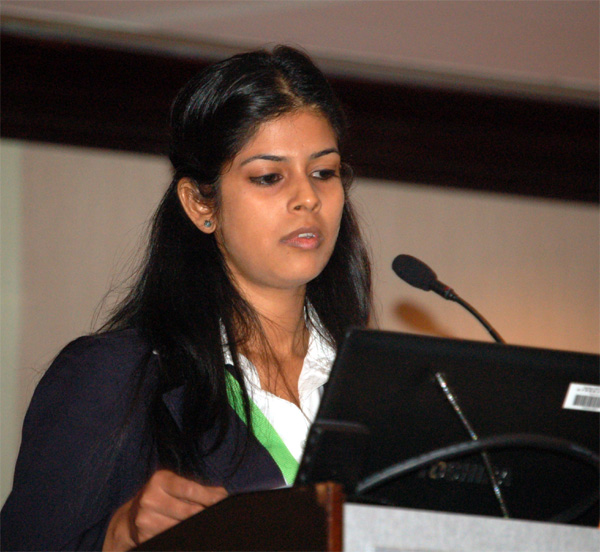 A roundtable discussion with representatives from the research community, industry, NGO and government highlighted their impressions and themes at the end of the conference.

From the research perspective , Charles Rupprecht of Ross University School of Veterinary Medicine, and GARC, summarized a few key messages. There is a growing understanding that rabies is caused by all lyssaviruses, not just rabies virus. Gaps in surveillance data were highlighted by many, pointing to the need for more decentralized and Point of Care Diagnostic capabilities. Whilst new biologics may not be needed to control rabies, there’s a need to adjust how they are used to be able to protect as many people as possible.

GARC was privileged to present a summary of the meeting from an NGO’s perspective, and Louise Taylor started by highlighting the inequality in rabies control across the world. She challenged participants to think about how ‘gold standard’ research in well provisioned labs could benefit countries struggling with inadequate facilities and a large rabies burden, and pointed out that collaboration and partnership, epitomized by the RITA conference and evident in many talks, has enormous value in addressing this inequality. The necessity of building political will for rabies control was clear, and an appreciation of the economic burden of rabies may help it move higher up many countries’ health agendas. Presentations on the application of ORV techniques to vaccinate difficult dogs, reduced regimens for PEP in previously vaccinated patients, and development of canine immunocontraceptives, amongst others, demonstrated how rabies control might be made easier and more affordable for those that need it most.

Presenting an industry perspective, Dieter Gniel of Novartis Vaccines congratulated the participants on being part of a passionate and powerful network for rabies control that he does not see in other disease areas. This is necessary to raise the profile of rabies within companies that need to choose which diseases to focus long term investments in. Publications, news items and other events focusing on rabies help to keep the disease high on companies’ agendas. He also noted that travel medicine is an aspect that is very important to companies who are focused more on PreEP than PEP, but was not mentioned often during the conference.

Finally, Dennis Donovan from the Ontario Ministry of Natural Resources, Canada presented his reasons for RITA participants to be optimistic. First, that the conference demonstrates an unusually open and cooperative collaboration between different sectors. He argued that the focus on the Americas is important to allow the demonstration of success in rabies control that other regions of the world can follow. The inclusion of more young people in the meeting gave him encouragement for the future, and using a hockey analogy he pointed out that the depth and strength in the room should continue to be used to score goals and avoid fisticuffs!

Contributed by Louise Taylor of GARC. The next meeting will be a celebration of 25 years of RITA and will be held in Mexico in October 2014.