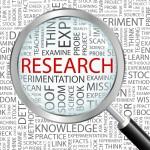 Case Report: Failure of Therapeutic Coma in Rabies Encephalitis. Multiple efforts to replicate this expensive and intense protocol have not been successful. In this article, the failure of the protocol in 3 Indian patients with canine-acquired rabies is discussed.

"Scratches/Abrasions without Bleeding" Cause Rabies: A 7 Years Rabies Death Review from Medical College Shimla, Himachal Pradesh, India. Over a 7 year period, 5 out of 19 deaths were associated with scratches without bleeding for which patients did not seek PEP.

Immunogenic response in obese patients undergoing rabies post-exposure prophylaxis with combined equine rabies immunoglobulin and rabies vaccination. There is concern that the higher volume of passive rabies immunoglobulin (RIG) used in obese patients might suppress their vaccine responses. This study compared the immune responses to combined equine RIG and rabies vaccine treatment among category III bites victims who were obese, with a control group. There was no evidence of immunosuppression of antibodies' responses in obese patients. Combined ERIG and rabies virus vaccination for post exposure treatment is safe.

Protecting children from rabies with education and pre-exposure prophylaxis: A school-based campaign in El Nido, Palawan, Philippines. All 4,700 school children from all 27 public elementary schools in El Nido were offered PrEP and rabies education was integrated into the school curriculum. Active surveillance of the cohort revealed a higher incidence of suspect rabies exposures than passive surveillance in the local bite treatment centre. Despite a decrease in the number of category III bites, there was no significant decrease in overall bite incidence. However, there was a high uptake of PrEP and an increase in rabies awareness among children in all grade levels. Children who received PrEP and subsequently were bitten required reduced PEP doses, resulting in cost-savings.

Epidemiological characteristics and post-exposure prophylaxis of human rabies in Chongqing, China, 2007-2016. A total of 809 fatal human rabies cases were reported in Chongqing from 2007 to 2016, with a majority of cases noted in farmers (71.8%), especially in males (65.3%) and in age groups 35-74 and 5-14 years old (83.8%). Of 548 human rabies cases studied in more detail, 95.8% were victims of dog bites or scratches, and only 4.0% of the dogs were vaccinated previously. After exposure, 87.8% of the cases did not seek any medical services, and none received timely and standardized PEP.

Rabies and Distemper Outbreaks in Smallest Ethiopian Wolf Population. Widespread deaths recently devastated the smallest known population of Ethiopian wolves. Of 7 carcasses found, all 3 tested were positive for rabies. Two wolves were subsequently vaccinated for rabies; 1 of these later died from canine distemper. Only 2 of a known population of 13 wolves survived.

Quantifying the burden of vampire bat rabies in Peruvian livestock. Questionnaires were used to quantify under-reporting of livestock deaths from vampire bat rabies (VBR) in three regions of southern Peru. Modelling projected that 4.6 (95% CI: 4.4-8.2) rabies cases per reported case were occurring and identified other areas with potentially greater VBR burden than indicated by official reports. Spatially-corrected models estimate 421-444 deaths from VBR/100,000 cattle in 2014, costing US$121,797-171,992. Cost benefit analysis favoured vaccinating all cattle over the current practices.

Tool for Eliminating Dog-Mediated Human Rabies through Mass Dog Vaccination Campaigns. The WHO and collaborating agencies have set the goal of eliminating dog-mediated human rabies by 2030. Building on experience with rabies endemic countries, the authors constructed a user-friendly tool to help public health officials plan the resources needed to achieve this goal through mass vaccination of dogs.

Rabies elimination research: juxtaposing optimism, pragmatism and realism. Research provides cause for optimism as to the feasibility of the 2030 elimination goal through strategies based around mass dog vaccination. The authors summarize some of the pragmatic insights generated from rabies epidemiology and dog ecology research that can improve the design of dog vaccination strategies in low- and middle-income countries and which should encourage implementation without further delay. They also highlight the need for realism in reaching the feasible, although technically more difficult and longer-term goal of global elimination of canine rabies.

Barriers of attendance to dog rabies static point vaccination clinics in Blantyre, Malawi. Static point (SP) vaccination campaigns often suffer from low attendance and therefore low vaccination coverage, despite being logistically and economically more feasible than door-to-door approaches. The authors analysed data for 22,924 dogs from a city-wide vaccination campaign to study barriers to attendance at SP offering free rabies vaccinations. Distance played a crucial role in SP attendance with very few people willing to travel more than 1.5 km. Dogs from areas with higher proportions of people living in poverty were more likely to be vaccinated and puppies, pregnant or lactating female dogs were less likely to be presented for vaccination. Some owners were not aware of the campaign (27%) and others could not handle their dog (19%).

Landscape attributes governing local transmission of an endemic zoonosis: rabies virus in domestic dogs. Utilising detailed epidemiological data and 152 complete viral genomes collected between 2004 and 2013 the study shows that the localized presence of dogs but not their density is the most important determinant of diffusion, implying that culling will be ineffective for rabies control. Rivers and roads acted as barriers and facilitators to viral spread, respectively, and vaccination impeded diffusion despite variable annual coverage. This nuanced understanding of the spatial processes that underpin rabies transmission can be exploited for targeted control at the scale where it will have the greatest impact.

Assessing the impact of public education on a preventable zoonotic disease: rabies. A cluster cross-sectional survey concerning rabies was undertaken in 600 households in 38 randomly selected towns following an awareness campaign and in matched control regions. This survey demonstrated that the relatively simple awareness campaign was effective at improving knowledge of rabies symptoms and vaccination schedules, and those in the awareness campaign group were also 1.4 times more likely to report that they had vaccinated their pets.