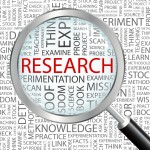 In four different villages of Bushbuckridge Municipality, cross-sectional surveys of 2969 households were carried out. 942 owned dogs were reported, with the populations being young and skewed towards males. Vaccination coverages were 38%, 51%, 65% and 74%. For the preparation of vaccination campaigns, the relatively stable dog:human ratio (between 1:12 and 1:16) is recommended to estimate the number of dogs per village.

Evaluation of immune responses in dogs to oral rabies vaccine under field conditions. A traditional mass dog vaccination campaign in Haiti was supplemented with ORV using blisters of live-attenuated, vaccine strain SPBNGAS-GAS in intestine bait, distributed by hand. Serum was collected from 107 dogs and RFFIT used to detect neutralizing antibodies and ELISA to detect rabies binding antibodies. 38/41 (92.7%) dogs that received parenteral vaccine had detectable antibody (RFFIT >0.05 IU/mL), compared to 16/27 (59.3%) dogs that received ORV or 21/27 (77.8%) as measured by ELISA. Of 291 oral vaccines offered; 283 dogs consumed the bait; 272 dogs were observed to puncture the blister, and only 14 blisters could not be retrieved by vaccinators and were potentially left in the environment. Parenteral vaccination remains the most reliable method, however ORV represents a viable strategy to supplement existing parental vaccination campaigns in hard-to-reach dog populations.

Effect of counselling on health-care-seeking behaviours and rabies vaccination adherence after dog bites in Haiti, 2014-15: a retrospective follow-up survey. A retrospective follow-up survey of 115 bite victims who were counselled by Haiti's integrated bite case management (IBCM) programme, classified by active surveillance decisions of exposures to confirmed, probable, suspected, or non-rabies animals.  IBCM counselling was associated with a 1.2 times increase in frequency of seeking medical care and of 2.4 times increase in vaccination uptake. This is estimated to equate to a 65% decrease in rabies deaths.

Oral vaccination of wildlife using a vaccinia-rabies-glycoprotein recombinant virus vaccine (RABORAL V-RG®): a global review. Approximately 250 million doses of RABORAL V-RG® have been distributed globally since 1987. V-RG is genetically stable and its safety has been evaluated in over 50 vertebrate species, with no adverse effects observed. Immunogenicity and efficacy have been demonstrated under laboratory and field conditions in target species including fox, raccoon, coyote, skunk, raccoon dog, and jackal. Field application of RABORAL V-RG has contributed to the elimination of wildlife rabies from three European countries and of the dog/coyote rabies virus variant from the United States of America (USA). ORV programmes in west-central Texas, the Eastern USA and Israel have reduced or contained rabies in foxes, racoons and other species.

Re-emergence of rabies virus maintained by canid populations in Paraguay. Paraguay has registered no human cases of rabies since 2004, and the last case in dogs, reported in 2009, was due to a bat variant. In 2014, dog that bit a boy was diagnosed positive for rabies. The dog was not vaccinated and had been attacked by a crab-eating fox. Samples from a dog positive for rabies in the same region in 2015 and 11 samples from an outbreak in Asuncion,1996 were also characterized. The antigenic profile of the samples, AgV2, was compatible with one of the variants maintained by dogs in Latin America. The virus can still circulate in wildlife and may still be transmitted to domestic animals and humans.