The Government of Karnataka through  the Department of animal husbandry and Veterinary services and the District chapter of the Karnataka Veterinary association  Dakshina kannada  district   celebrated  the World Rabies day on 3rd Oct 2015 at Krishi Vijnana Kendra Mangaluru.

Dr.    Selva Mani ,Ph. D,   I. A. S  Chief executive officer of Zilla Panchayat in his inaugural speech,  spoke on the responsibility of Vets in safeguarding the health of the society  by providing  the anti Rabies vaccination to  dogs and cats.      He  particularly  remarked that this kind of an important  awareness symposium  should not have been held in isolation, but should have been conducted involving the Medical and forest departments and the officials of the municipality.  He urged the officers to hold one more such event within the next one month and offered his administrative support to make it more useful to the district.

Dr. K.V. Halagappa highlighted on the status of Rabies in   Karnataka  State.   He said that the Global Alliance for Rabies control has been pursuing a mission of “Zero Rabies by 2030” which should be supported by the Veterinary profession and the administration in the interest of human and animal  health.

Dr. N.L. Gangadhar,  Senior Scientist (Zoonosis) delivered the key note address on the history, , Latest inroads in research on epidemiology, pathogenesis, incubation period and the course of the disease and atypical cases of Rabies and other aspects  of the infection.  The interaction that followed was very productive with  the practicing Vets  many of whom were PGs and Ph.Ds in Veterinary  sciences ,     opening up   issues they had faced in the course of their practice.

There was a pointed debate on the merits of   sub unit vaccines vis-a vis a whole virus inactivated vaccine.  Dr. Gangadhar     elaborated  his  views on the comparative merits   based on the trials on the glyco-protein vaccine of G 52 pasteur strain, supported by research findings. 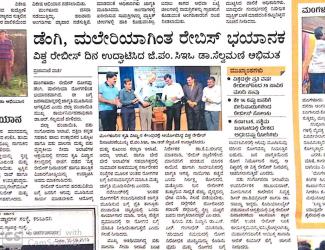 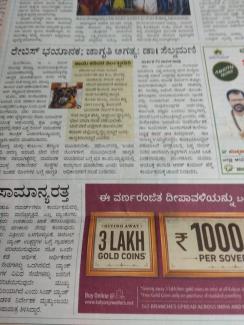