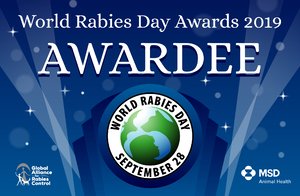 Dharamsala Animal Rescue has been operating since 2009. It has always taken the One Health approach. Just vaccinating is not going to solve the issue as the amount of dogs keeps increasing if you do not combine it with a spay/neuter program. The community will still treat the animals poorly if you do not combine it with an education program. People can still die if not combined with an education program. Dharamsala Animal Rescue works in villages for rescue and a mobile clinic for the benefit of dogs, but it also uses the opportunity to teach the community about rabies, to ask them to feed the stray dogs in their area and call us when they are sick or injured. It then works to desex 90% of the stray dogs and the pets in their village to create a healthy sustained population. By working together with the community, they can create a rabies free environment where the animals are treated well by the humans, and the humans do not have be scared of being bitten and possibly dying.

Dharamsala Animal Rescue will be rolling out its defined program which includes desexing and vaccinating 680 dogs in 6 months which is 90% of the population of the 6 focus areas. It will also repeat a vaccination sweep in December of the 6 areas as it did last year in December. Since 2015, it has desexed 2580 dogs and vaccinated 4220 dogs for rabies. In addition, it has an education program in schools teaching how to be safe with dogs and what do to if you get bitten. It does 5 to 10 programs per year. Every year on World Rabies Day, it holds an education program in a school in one particular village. It also offers free rabies vaccinations for pet owners. It uses the local press to spread information about rabies and population control which has also been very effective. 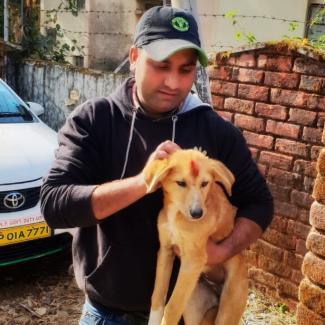 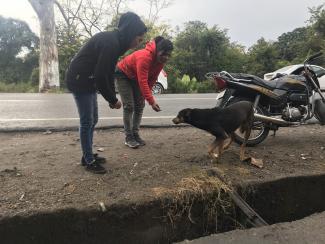