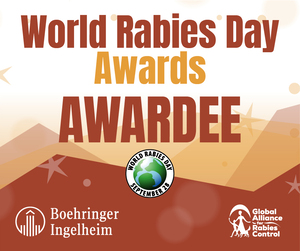 Francis is a huge inspiration to many people in Northern Uganda. He is a war trauma survivor who, as a child, was blinded by a bomb blast, yet he went on to university and to become a community psychologist. He has been a tireless advocate for rabies education in his role as Education Manager for The BIG FIX Uganda and has been successful at forging the strong partnerships with all levels of government and education in the region, critical to reducing rabies infections and deaths.

Francis is also a Community Psychologist and manages our Comfort Dog Project. He has provided first response services to families who have gone through the devastating process of caring for loved ones who have died from rabies and helping them to cope with their grief.

Francis joined The BIG FIX Uganda in 2015 and began working in the villages with group meetings to educate people. Francis has also been highly successful in developing key partnerships with local, district, and regional government officials, with police officials, with schools and the top education administrators, and with church leaders.

In 2016, Francis assumed leadership of the Big Fix Education Program and began the radio broadcasts that he is now well known for. Because of Francis's tireless efforts, life-saving rabies information is now available throughout Northern Uganda. Over the last five years, these programs have provided important life-saving information to audiences in the cities and remote communities in this vast region.

Thanks to Francis’s special talent for connecting with his community, millions of people now understand that rabies is a virus; that vaccinating dogs is the best way to prevent rabies; and that immediate care must be sought when someone is bitten by a dog.

Many school head teachers have informed us at BIG FIX Uganda that they did not know anything about rabies before Francis's education team paid a visit to their school. During these visits, Francis leaves behind BIG FIX posters which provide lasting information about rabies and the importance of being kind to animals.

When The BIG FIX Uganda first began working in Northern Uganda in 2012, many people believed rabies was a product of witchcraft and most people knew someone who had died from rabies. It was not unusual in 2012 to hear about all the dogs in a village being stoned to speared to death after a rabies outbreak. Francis's hard work and deep understanding of his community has earned their trust and respect. This has enabled him to help them see that dogs are also the victims of this terrible virus and that they can and must be protected too. This new understanding was tested in 2018, when a much-loved woman in Minakulu/Oyam District was attacked by a rabid dog. Although she received post-exposure treatment, the treatments given to her by the private clinic were not correct and she ultimately died. Rather than organizing an effort to kill all the dogs in the community, the thousands of people who mourned the death of this beloved woman worked with The BIG FIX Uganda to organize vaccination clinics.

As a result of our education work, in 2021 alone we have already had 26 dog bite victims report their bites from suspected rabid dogs promptly so that we could refer them immediately for formal reporting and proper case management. We also see a very high turn up at our rabies vaccination clinics, which I know is due to the education people have received from us about rabies. It is very gratifying to be part of the solution instead of just watching rabies take more and more lives.

I was first inspired to participate in BIG FIX Uganda's rabies education program after BIG FIX encouraged me to read the modules on rabies education and obtain my Rabies Educator Certificate. This program enriched my knowledge and enabled me to relay more valuable information on radio talk-show programs and school outreaches.

As a life-long member of this community, I also have personal experience with knowing human victims of rabies. I saw that the lack of education was a key reason why people were dying. Either they didn't know that their dogs should be vaccinated, or they didn't know what to do if they were bitten by a dog. For example, in November 2020, a young woman who was bitten by a rabid dog. Her terrified husband brought her and her newborn infant to BIG FIX's Dog Hospital when she was already showing signs of rabies as she was barking. I knew it was already too late to save this poor woman. I helped to refer her to the hospital and provided counseling to her family as they coped with her death. This was such a painful experience for me to try to help these people and I never want anyone to lose their life because of this easily preventable yet horrible disease. I am committed to make a difference.

In October 2020, a rabid dog ran loose in Pece Vanguard and bit about ten people out of which six were children. I personally coordinated BIG FIX’s emergency response to get the proper post exposure prophylaxis vaccine against rabies which saved the lives of the victims. Despite all the challenges with the task of getting PEP for these victims, the outcome was very satisfying in knowing that all of these people were protected against rabies.

*All information supplied by nominee* 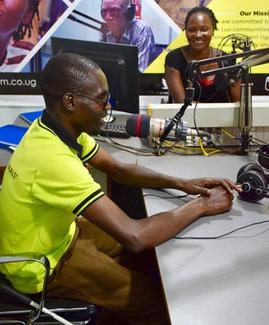 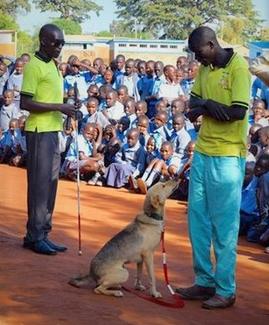