End Rabies Now: a call to action for a new vision.

The End Rabies Now campaign was launched in 2015 to generate interest and pledge support to the setting of a global target of eliminating dog-transmitted human rabies by 2030, which was in line with the sustainable development goals set by the United Nations. In response, international organizations, governments, private sector companies, local organizations, and individuals were all called upon to pledge their support to the target date, and with a resounding response, the campaign was successful, and the goal was set. GARC and its partners from the tripartite (WHO, OIE and FAO) followed this successful call for action with the development of the Global Strategic Plan (GSP). The GSP was subsequently endorsed globally and is now being actioned across rabies endemic countries around the world, helping to drive progress and keep the global community on track with regards to dog-transmitted human rabies elimination. In support of these efforts, GARC continues to play an integral role by supporting national governments and stakeholders in driving sustainable, country-centric rabies elimination programs that are in line with the GSP. You can read more about how our activities have aligned with the objectives of the GSP in our 2019 Annual Report.

"As the End Rabies Now (ERN) campaign has now achieved its original goal, it is time to generate a new vision for the ERN campaign." 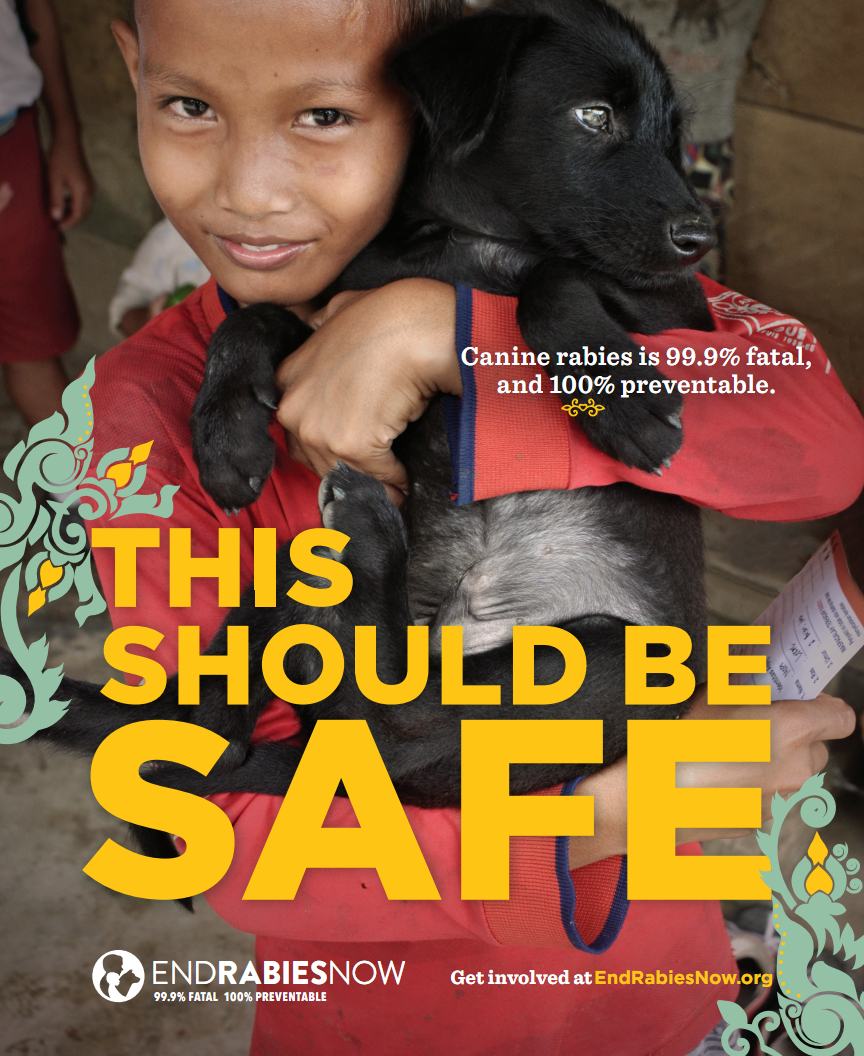 While a goal has been set and a plan is in place, there is still much work to be done to achieve the vision of “Zero by 30”. GARC - as the leading organization of ERN - believes that civil society is often overlooked in their contributions towards the elimination of rabies. For this reason, GARC has created a fresh new vision for ERN – one that focusses on civil society specifically. To do this, we aim to generate a platform that unites civil society, while promoting and sharing the excellent work being done all around the world by these groups. While the large, international organizations may generally steal the global limelight when it comes to rabies elimination activities, we want to change that and give civil society an opportunity to shine as well. It is our belief that local organizations and groups are important and valuable contributors to the global fight against rabies, but unfortunately do not receive the credit and acknowledgement that they deserve for the hard work that they are doing.

The new vision for ERN is to create a platform for civil society to share their experiences, stories, and efforts towards rabies elimination. No matter how small your efforts – whether you are a single person educating people in your community, or a small organization vaccinating and sterilizing local animals – we want your voice to be heard and your efforts celebrated. Every single person that contributes to rabies elimination in their community is a rabies champion and should be celebrated as such. That is why we kicked off the new vision of the ERN campaign with the #FORCE campaign – a campaign that continues to celebrate every individual as a rabies champion.

"ERN will act as a platform for civil society to unite, share stories and experiences, and gain global recognition for their work, no matter the scale of the efforts."

In light of this, we want to build a platform on ERN that will enable any organization to share stories and experiences from their efforts in the community. Therefore, we are inviting all organizations or individuals that are contributing to rabies elimination to share their story, so that we can publish it and promote it through the ERN website and social media – allowing us to share your efforts with the global rabies community.

The only thing that we ask for in return is that each individual and organization pledges their support to End Rabies Now and contributes their stories and experiences for others to benefit from.