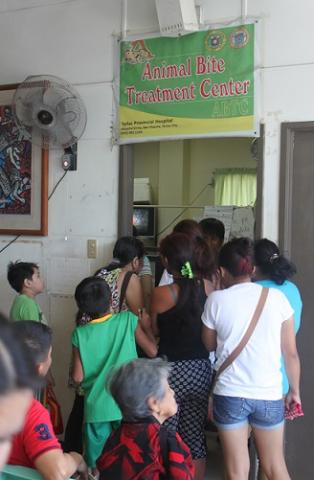 This story was contributed by Louise Taylor, GARC Scientific Director, who recently visited the Philippines GARC office where the team are starting a new project to assess the effectiveness of free animal bite treatment centers.

I was struck by the pile of papers on top of the cupboard in the ABTC (Animal Bite Treatment Center) at Tarlac City Provincial Hospital. Each piece of paper is the record of treatment for one bite victim who had to come to the clinic up to four times for vaccine. The ABTC is tiny, but very busy - two or three folders of records are produced every month. Last month they had 2,000 new patients who were all carefully registered, had their wounds cleaned and almost all of them were given rabies vaccination and many received immunoglobulin too. 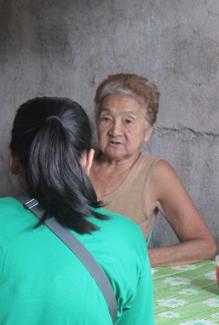 Somewhere in that pile is the record of a lady we had interviewed in nearby San Miguel barangay earlier in the day, testing out our survey questionnaire. The lady described that she had to go to the clinic last year when she was bitten by a neighbour’s dog. She told us that it was important that she stayed healthy, because her pension provided most of the household income. She is lucky that she knew about the risk of rabies, lucky that the provincial hospital is not far away for her, and lucky that the rabies vaccine is provided free by the Department of Health. 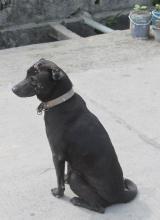 As we left, she pointed out a dog in a collar resting in the middle of the street. It was the dog that had bitten her. Clearly the dog was still in good health, and the lady had not infact been exposed to rabies. But there lies the problem. Wherever canine rabies persists, the risk is there. It is very hard to be sure that any particular dog could not have transmitted rabies when it bit. With a fatal disease, you can’t afford to take chances, and so everybody with a dog bite is advised to get vaccinated. 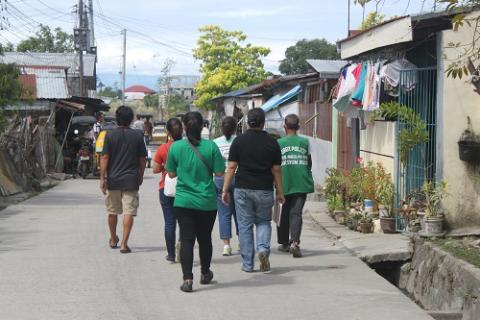 We had been worried that we may not find enough bite victims to interview in the short time we had, but the barangay officials who accompanied us quickly had the team overwhelmed with offers to complete our survey. It seemed like every 4th or 5th house had someone there who had been bitten in the past few years. There were certainly plenty of dogs and puppies to be seen during our short walk around. 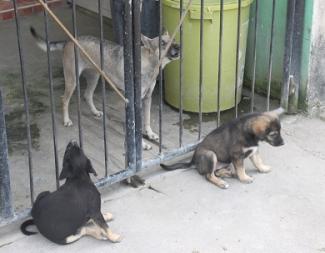 Almost without exception, all the bite victims had consulted the tandok (the traditional healer) first, but then almost all of them had gone for vaccination at the ABTC. Sometimes neighbors or the barangay officials had made sure they knew what they should do.

In the next couple of months we will be asking a lot of people what they did when they got bitten. Most of them will live a lot further away from an ABTC than this, perhaps some couldn’t afford to travel to get vaccination, some may not have known about the need for vaccination, some may believe that rabies is caused by evil spirits and not related to dog bites at all. 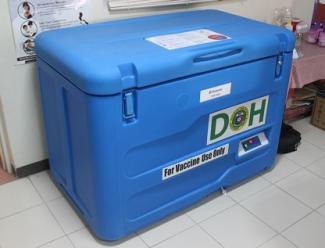 As I looked at the pile of records, I wondered what a complete set of records for the country would look like. The ABTC in Tarlac City is possibly one of the busiest, but it is still just one of over 450 such centers in the Philippines that between them administered rabies vaccine to over 1 million people in the Philippines last year. There are private facilities as well, for those that can afford them. This is the cost of endemic canine rabies. Yet even with public health efforts on this scale, around 200 – 250 people still die of rabies every year in the Philippines. Whilst dog vaccination is not comprehensive enough to halt transmission of the disease, deaths are almost inevitable.

The study “Evaluation of Operating Animal Bite Centers in the Philippines” is being carried out in collaboration with the Philippines Department of Health, and supported by GSK.